After I finished up my two years of Game Design in Bray, I had planned to get a basic job and earn a bit of money while I figured out what I actually wanted to do for a career. Seemed like a decent plan at the time until I realised how hard it was to actually get a job.

So, because I couldn’t get myself a job (or even a call for an interview for that matter) I was left stuck at home on very low-income that made saving almost impossible. But it also meant that if I saw something I liked while I was out and about I couldn’t buy it — or at least give it damn serious thought first — because it would mean that possibly 4 weeks savings just were just thrown out the window. 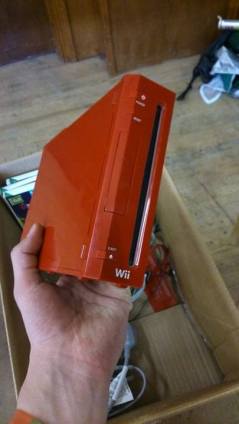 For example, I was at a charity auction hosted by my local church earlier this year and there was a Nintendo Wii going. A real slick red one too with Super Mario Galaxy. I’m a gamer at heart and I really wanted to add another console to the collection but my budget was very low. A fairly low budget was set and I told myself not to exceed a certain amount. An amount that was not very much at all.

So when its turn under the hammer finally came around and I just couldn’t afford to buy it. I’m not going to say how much it went for, but it was not expensive for what it was and what came with it. I remember leaving and thinking “Man, this sucks. That’s all it went for and I couldn’t even afford that? I just wanted to buy a little something for myself, just when I see something that I like, and I can’t even do that”.

It was a horrible feeling.

Now, times have changed and I’m very fortunate and blessed to have a job and a much more stable income that has allowed me to put money aside. At times I’ve been reluctant to touch it though. I’m so used to saving money now that I have been afraid at times to spend when I’m out and about when I can easily afford to. I was roaming around Carlow today, saw somethings that caught my eye, looked at the price (it was 10 quid) and my the first thought that came to my head was “Nah dude, save your money”. And then I caught myself and thought “No, screw it. This is why you have a job. This is why you put it with some of the BS that you do — so you can have flipping money to buy stuff when you see something you like. You’re at a place in your life where you don’t have any long-term financial commitments, flipping treat yourself for once.”

And so I did. Here’s my loot from today: a more recent F1 encyclopedia (the last one I have dates back to 2003 I believe), my first edition of F1 Racing since early 2009 and a game I’ve wanted to buy for yonks but didn’t have the money (and when I did I had a feeling of guilt about spending that much money),the Legend of Zelda Majora’s Mask 3D. 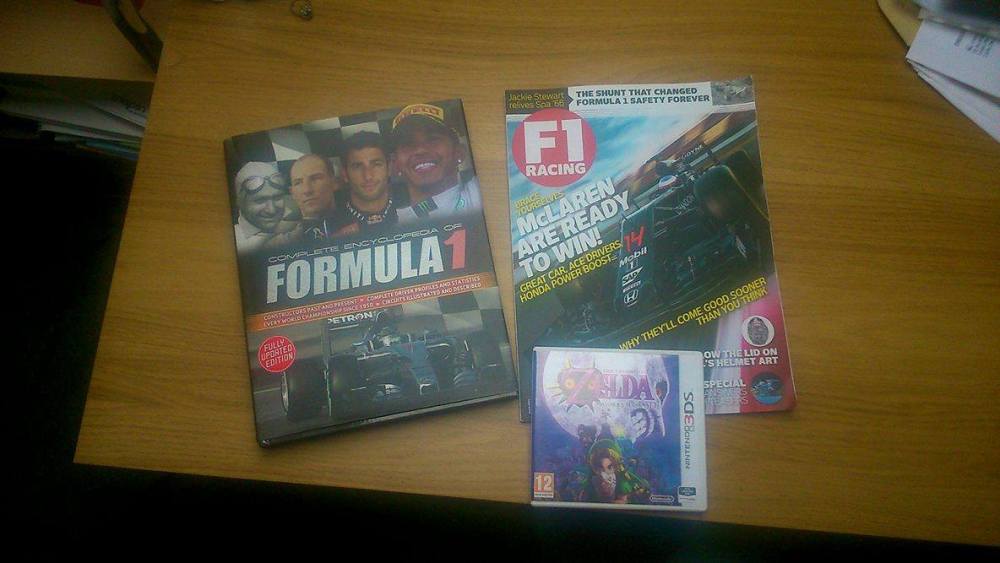 My point is this. You work for a reason, give up most of your day, deal with all the crap you do and get up at the crack of dawn for a reason: to earn money to do things — whether it’s for a wedding, to go on holidays, do things with friends, to buy something for yourself etc. Enjoy the fruits of your labour for once. And it doesn’t even have to be something wildly expensive. Could be a book, could a new TV, a CD, whatever. But don’t become so obsessed with saving money that you forget to do something for yourself once in a while.

Screw it, you’ve worked hard, treat yourself for once.